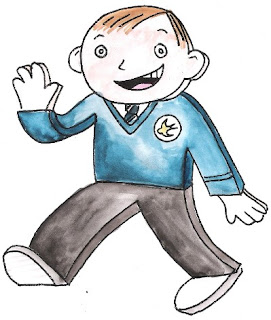 Well, we had a house quest for a whole month. But he wasn’t any bother, as he agreed to do exactly whatever we were doing. His name: “Flat Stanley”.
For those of you who have yet to been visited by this character, he is a paper doll third graders use to learn letter-writing and geography skills, as he is mailed to friends for a visit.
I received Flat Stanly from my American nephew about two weeks before Passover (he was rather bored the first week....), and I finally sent him off yesterday after having “traveled” with his cousins (my children) to various places in Israel. He took with him several souvenirs, including several photos, and a plastic milk bag. (In Israel, we buy milk in bags.) 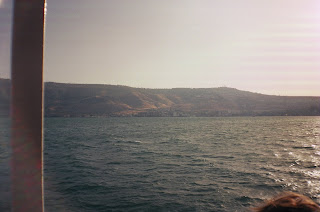 One of the photos he took was actually a photo from Ricki’s visit to the Kinneret last year (see HERE and HERE).
Flat Stanley is a good example of how education has changed in America since I was a child. It seems to me that the studies are more fun, and with a bigger emphasis on skills rather than memorization of facts. Such an educational environment is surely better for integration than the typical “lecture” format, so prevalent here.
Posted by rickismom at 11:36 AM

That's very fun! I want to go the places Flat Stanley is going to!