The Rio Tramway and Making a Plan!

Jutting out of the Atlantic ocean waters in  Rio de Janeiro, Brazil, are several large granite-like pillars. By far the  most famous of them is “Sugarloaf mountain”. Rising 396 meters (1,299 ft) above Guanabara Bay, on a peninsula that sticks out into the Atlantic, Sugarloaf attracts some 2,500 visitors daily. From the top of this granite pillar one sees an impressive panoramic view of Rio de Janeiro.

When I went to Brazil in 2013, for a short one week visit, Sugarloaf was the first item on my list of things which I wanted to see. I knew that the tramway had existed in the50’s & 60’s; I remember seeing pictures of it when I was in grade school. However, I was surprised when I learned just how long ago the original tramway was built. In 1907, Brazilian engineer  Augusto Ferreira Ramos had the idea to build the cable car. The first section was finished in 1912, and the second stretch in early 1913. And how were the materials carried to the top? By hundreds of  workers climbing the rock face, dragging ropes,  which were then used to haul up heavier items. This  Sugarloaf cable car system was the first in Brazil and the third in the world, and it was longer than the previous two. It was truly a technological feat in its time.

[image: Two of my sons (who are so different yet so similar to each other), horsing around in one of the original tram cars.] 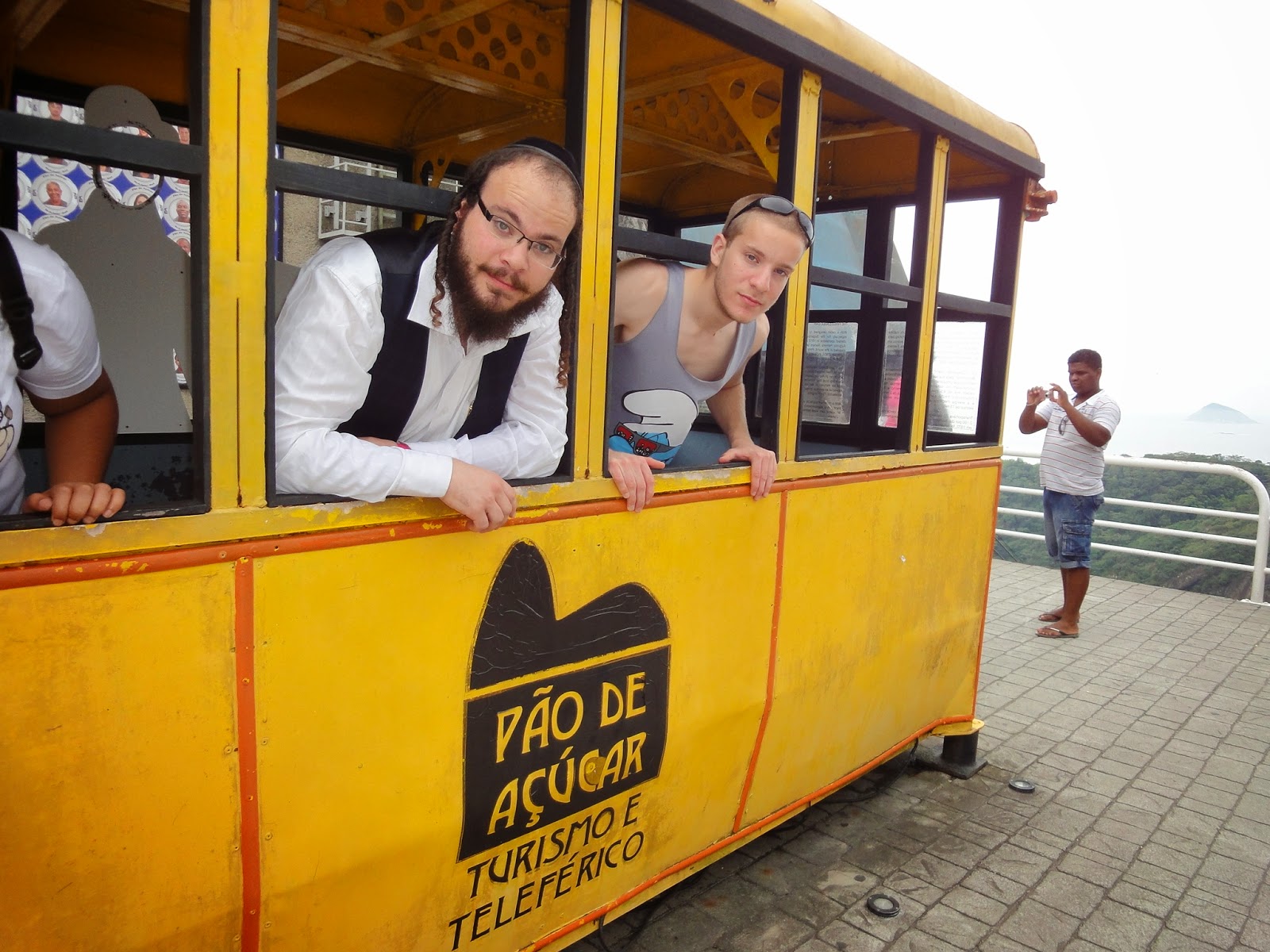 Now can you imagine that Mr. Ramos built this structure without a plan? Surely not. He had a plan, and he carried it out.  Because without a plan, things just don’t get done!

[image: Mountain scene with the caption: "A goal without a plan is just a wish."] 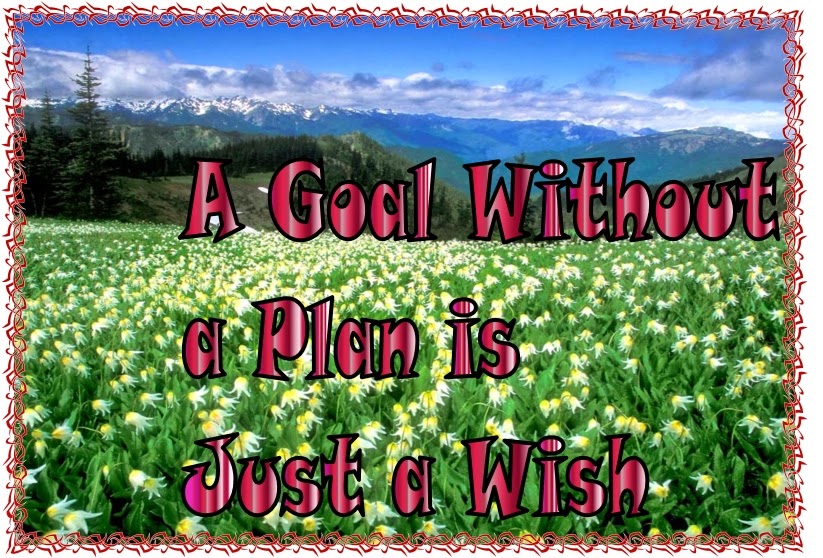 Often people who are not overweight look at people who are, and wonder why we don’t just decide to lose. What they do not realize is that deciding is not enough. We need a plan. A plan to deal with all those little things that get in the way of weight loss and maintenance.
Once I had a friend who told me how TERRIBLE she was; the day before she had overeaten. She had rushed out to her job, forgetting to pack her nutritious lunch, and at 13:00 discovered that the only edibles around were some high calorie pastries, so that is what she had eaten. Then as an afterthought, she added: “Today I made SURE to pack my sandwich.”
Her inner voice was telling her that she was terrible… and unsuccessful. But in actuality, she had run into a problem… and developed a plan to correct it. To me that is PROGRESS!

Can you train your inner critic to note what you are doing RIGHT?

Posted by Rickismom at 11:19 PM No comments:

The area of Beit Guvrein, which is about halfway between Beit Shemesh and Hebron, is unique due to the many caves carved out by those living in the area. The limestone stone in the area has a hard upper crust (called "Naari"),. This harder stone gave support to allow the digging out of caves in the softer limestone beneath the Naari.

The first several photos here are of a family burial cave , apparently of a Hellenized Edomite family. The original drawings had been vandalized, but luckily the first archaeologists there had made extensive drawings of the originals, and from those drawings these replicas were made. 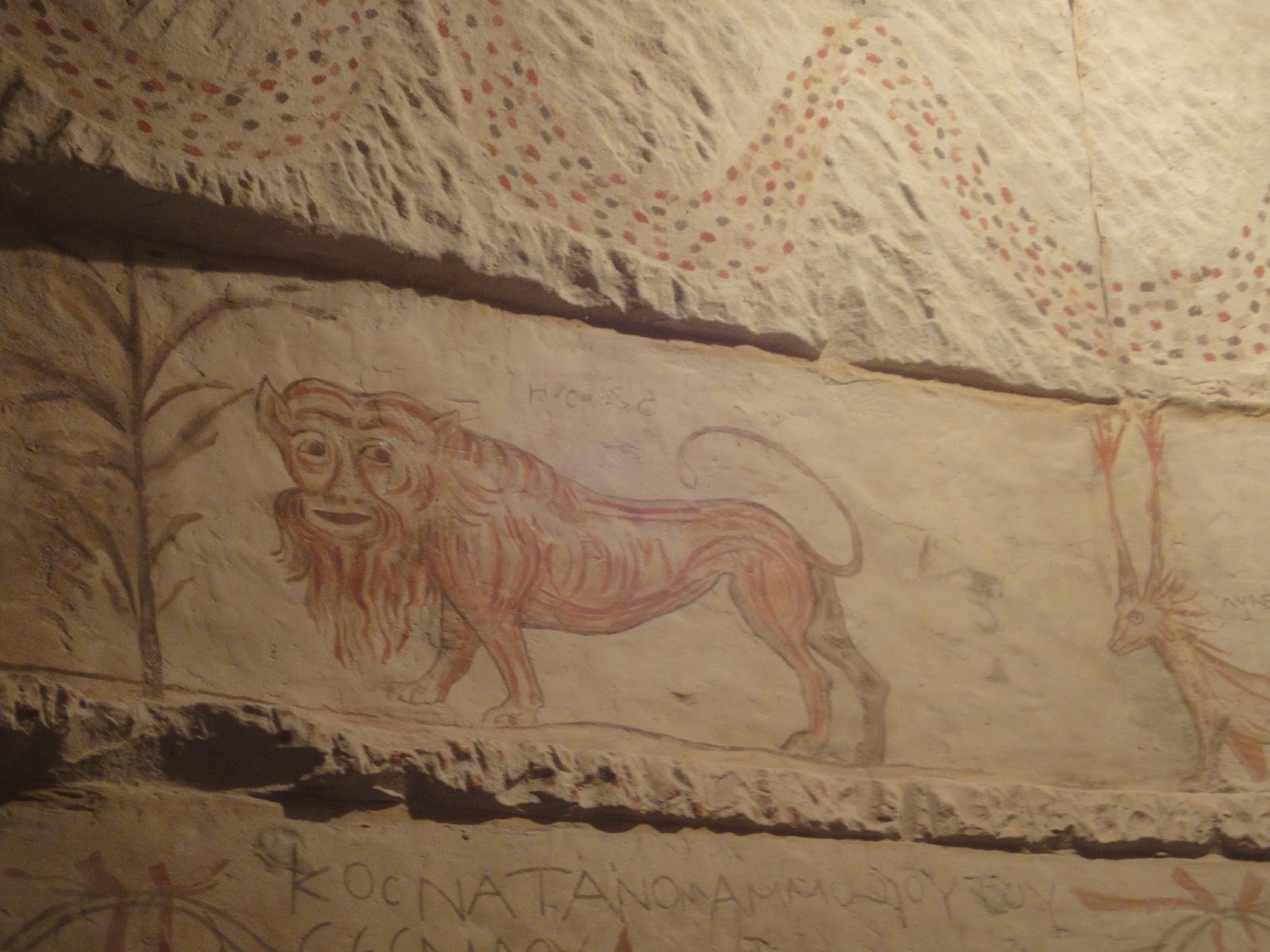 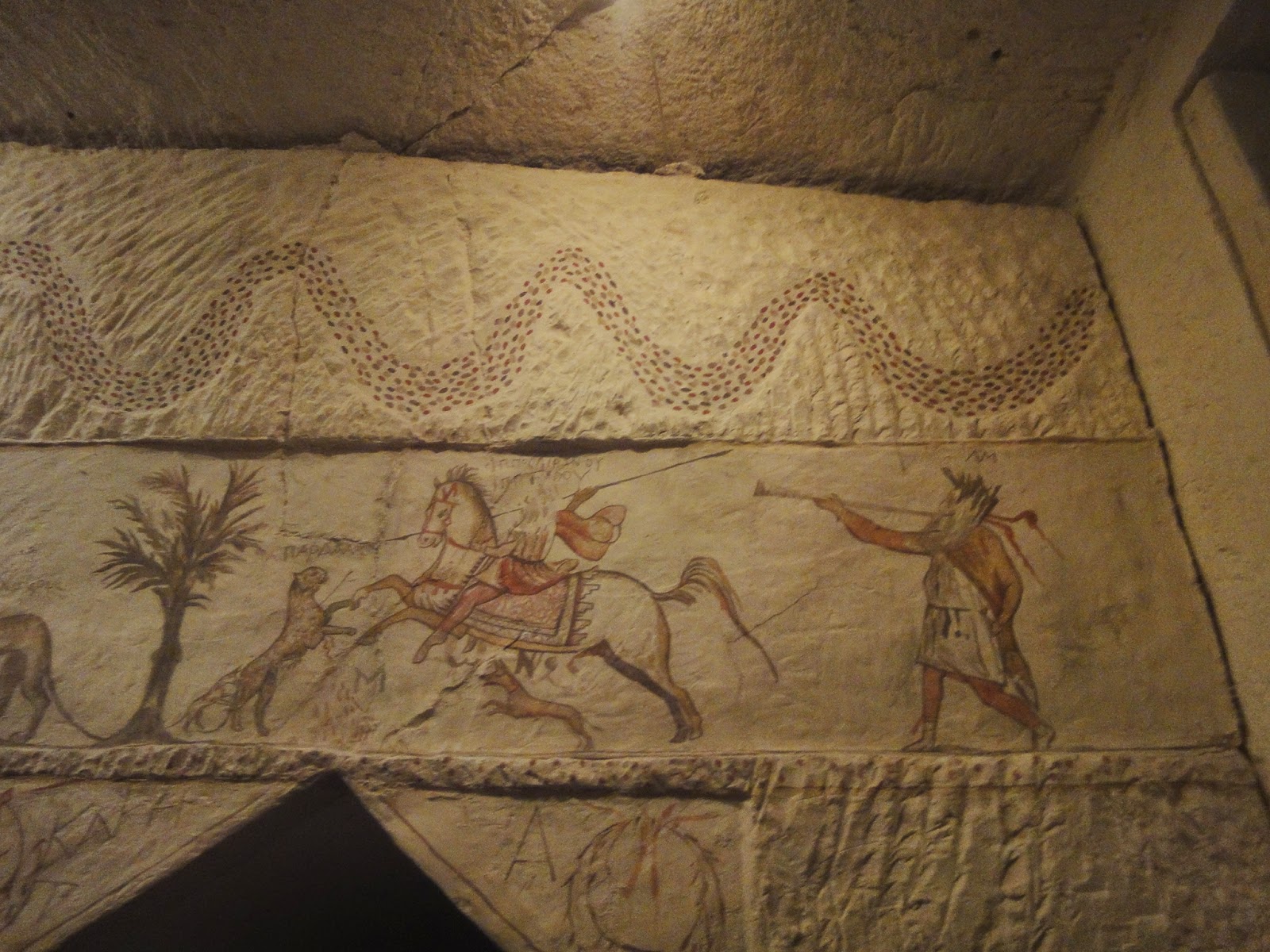 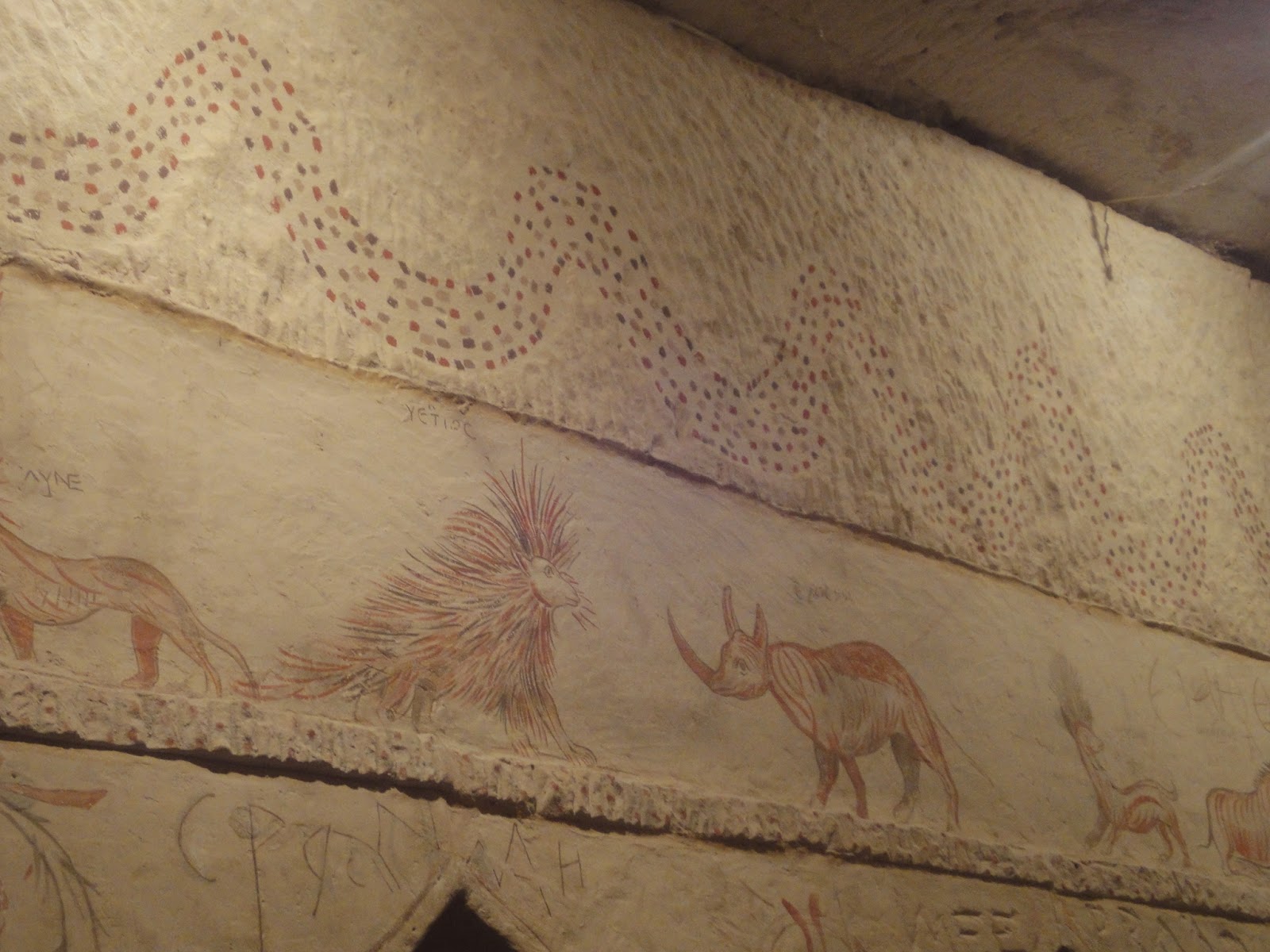 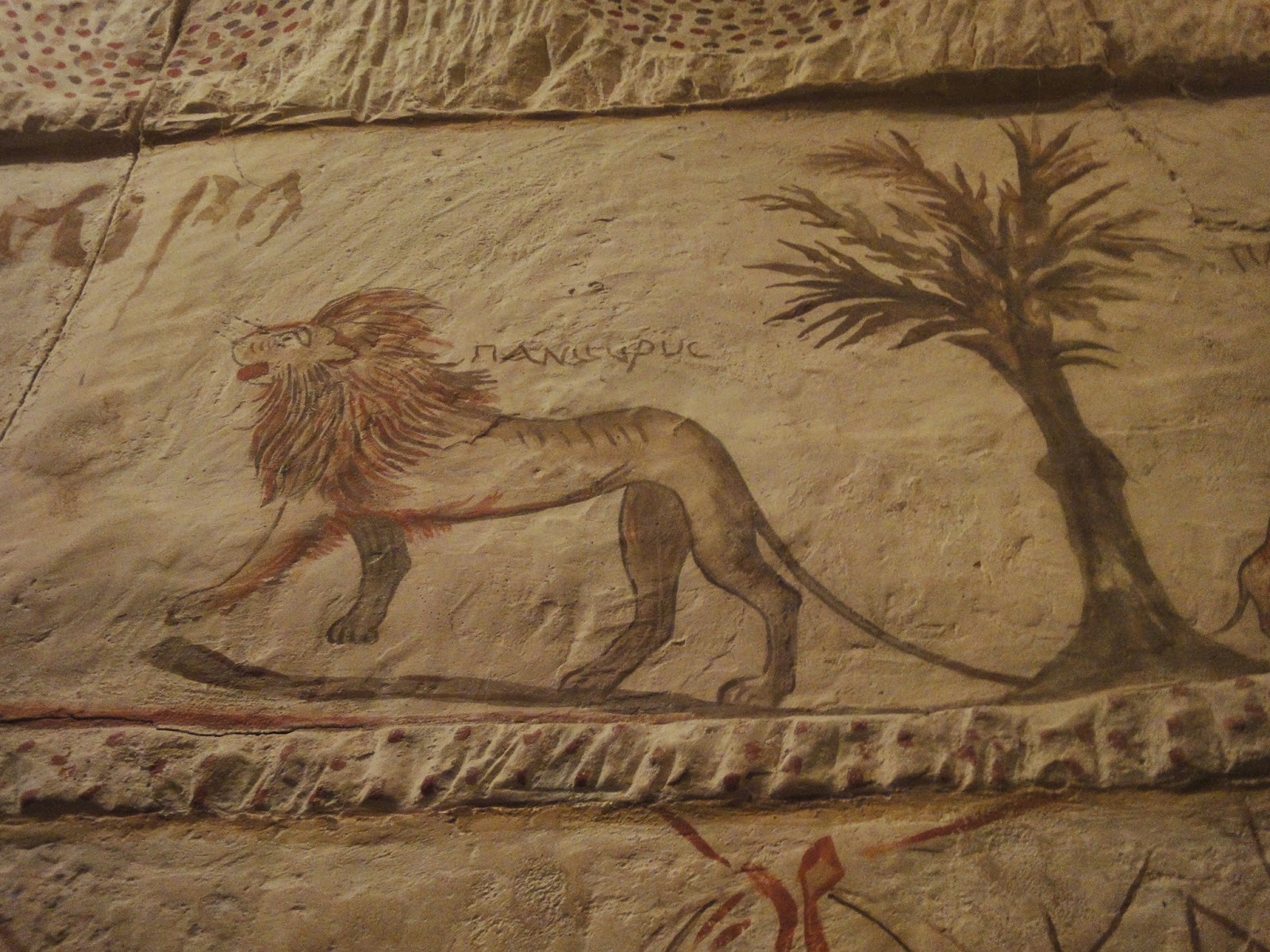 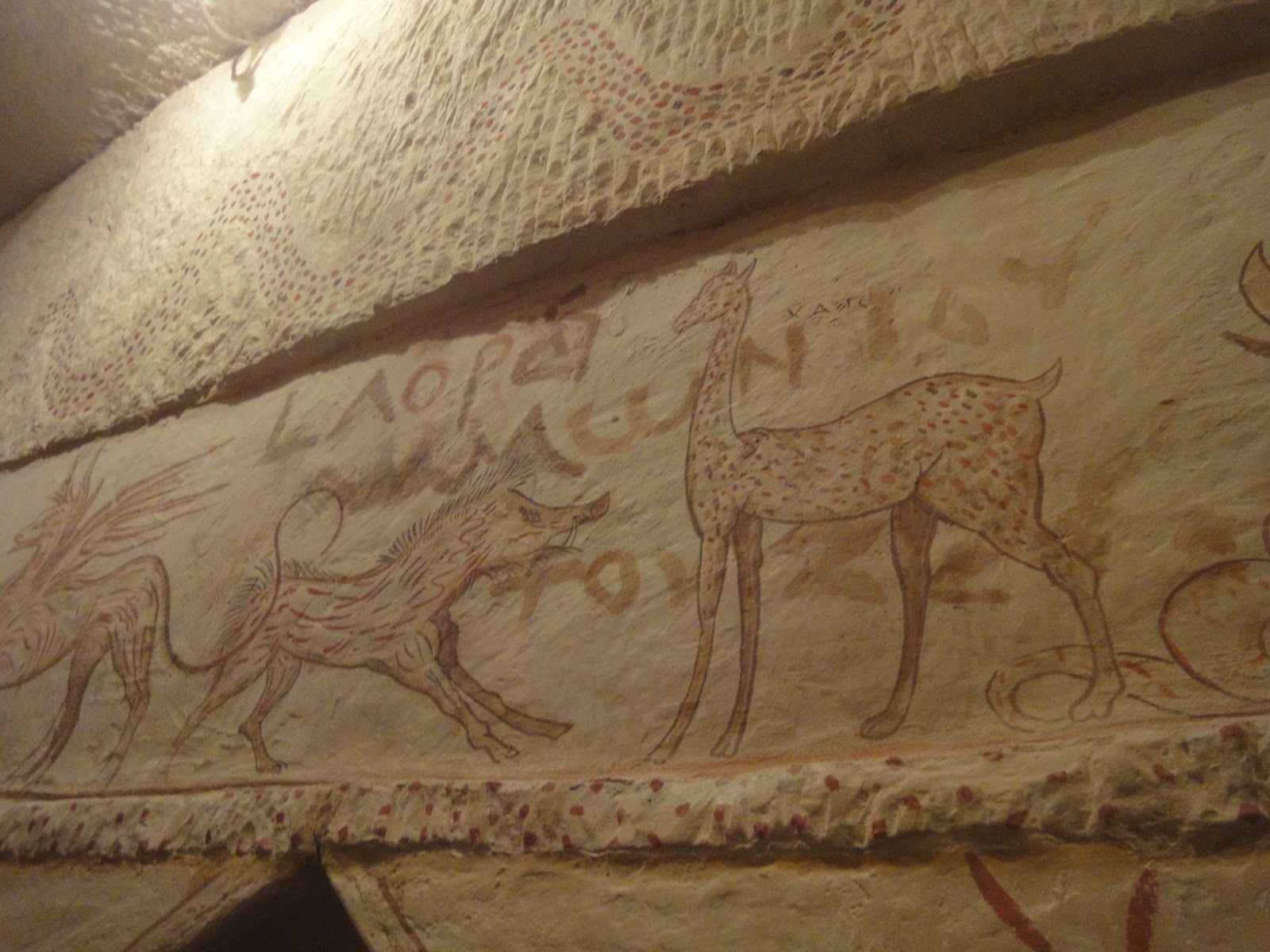 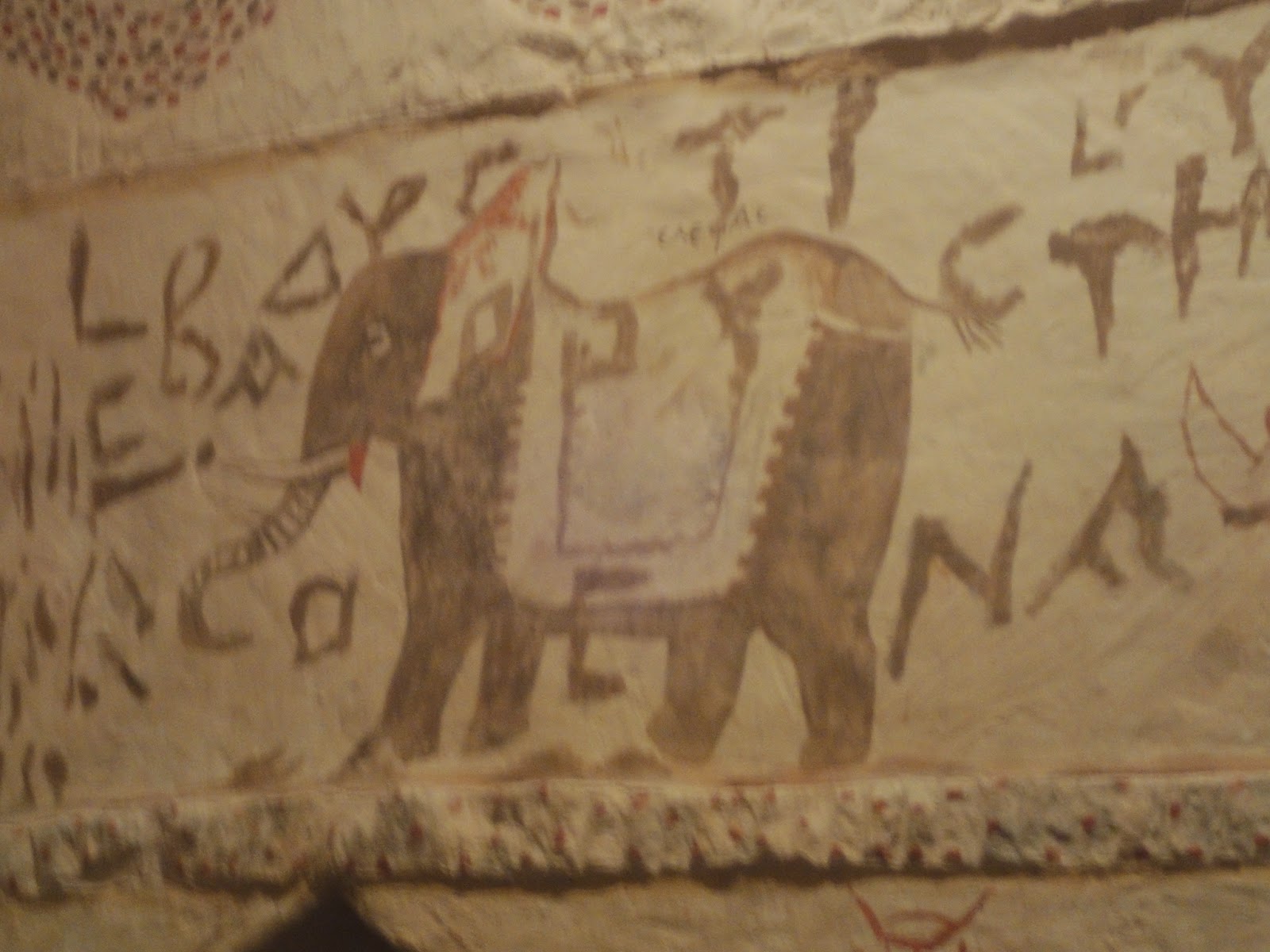 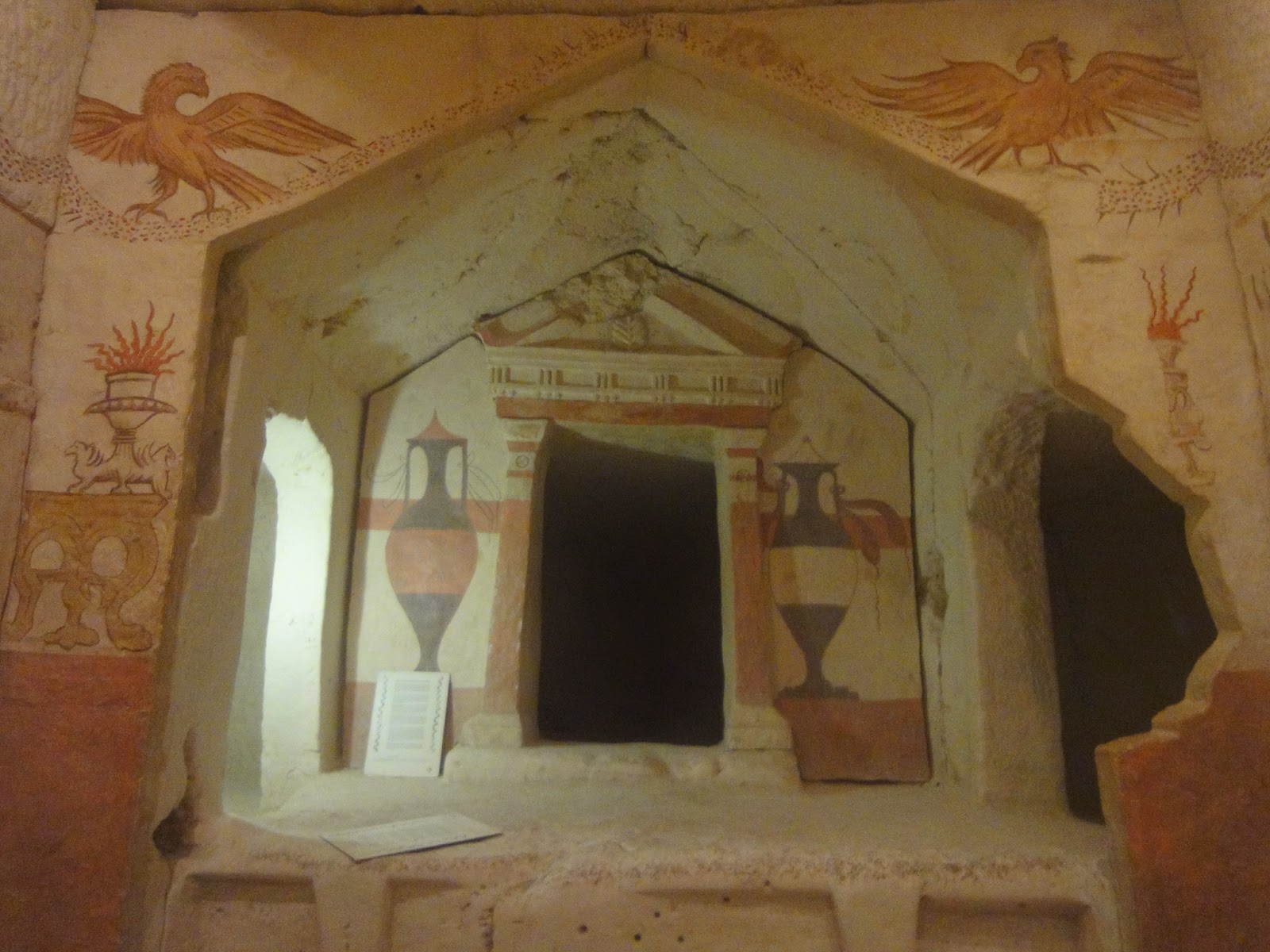 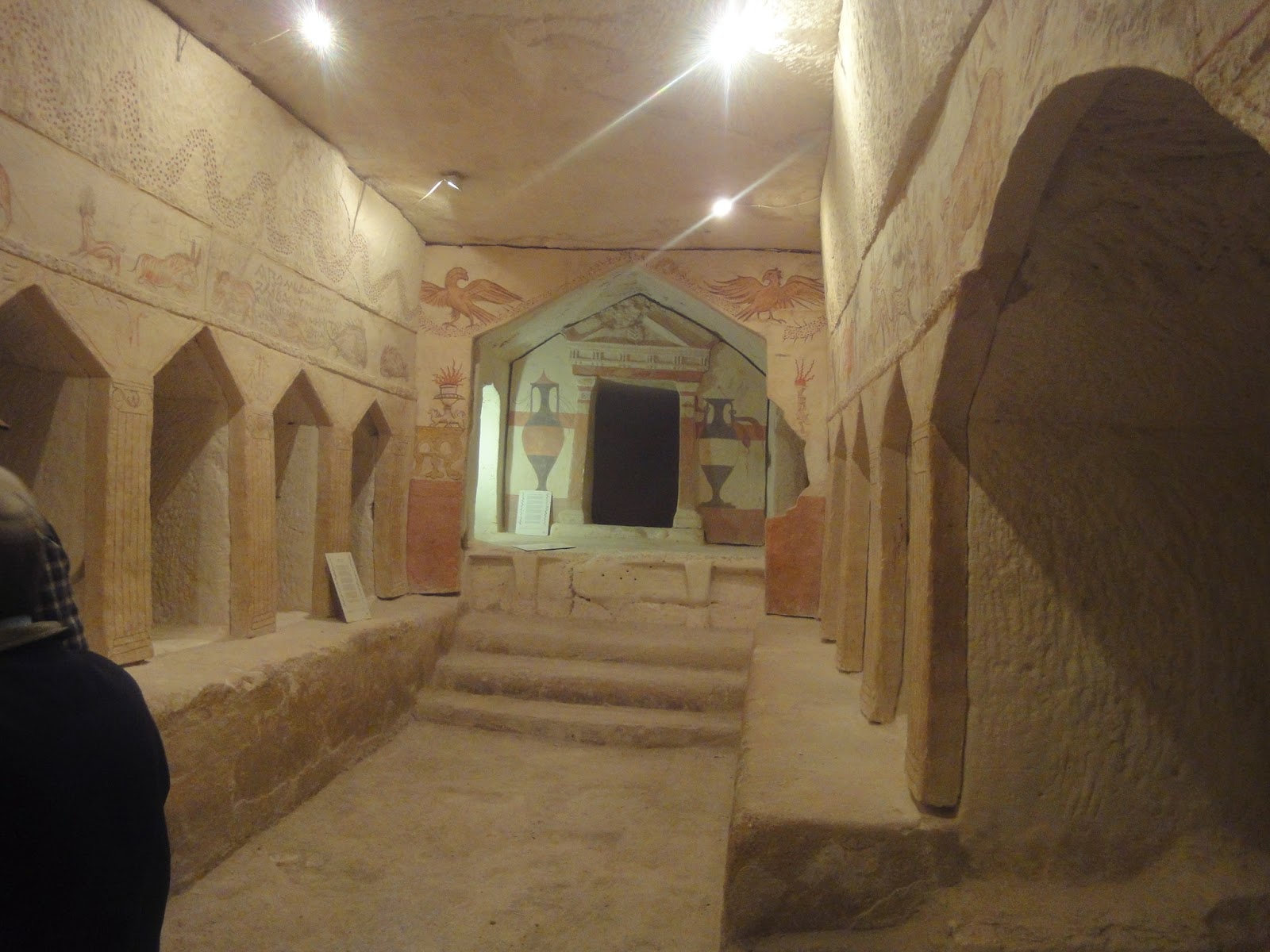 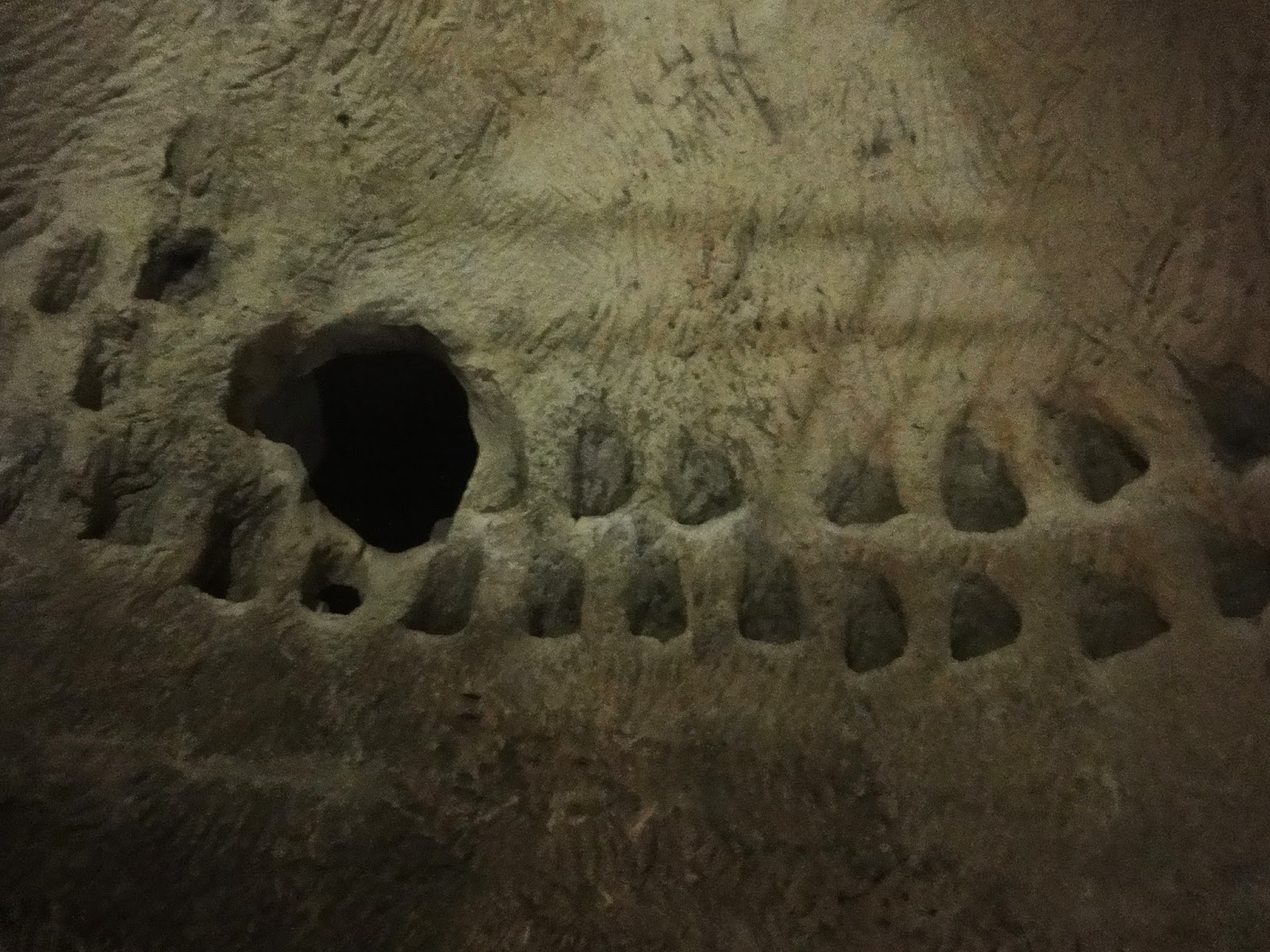 The next photo is of a small columbarium (dove-house), located under a house, essentially a small family fertilizer business. 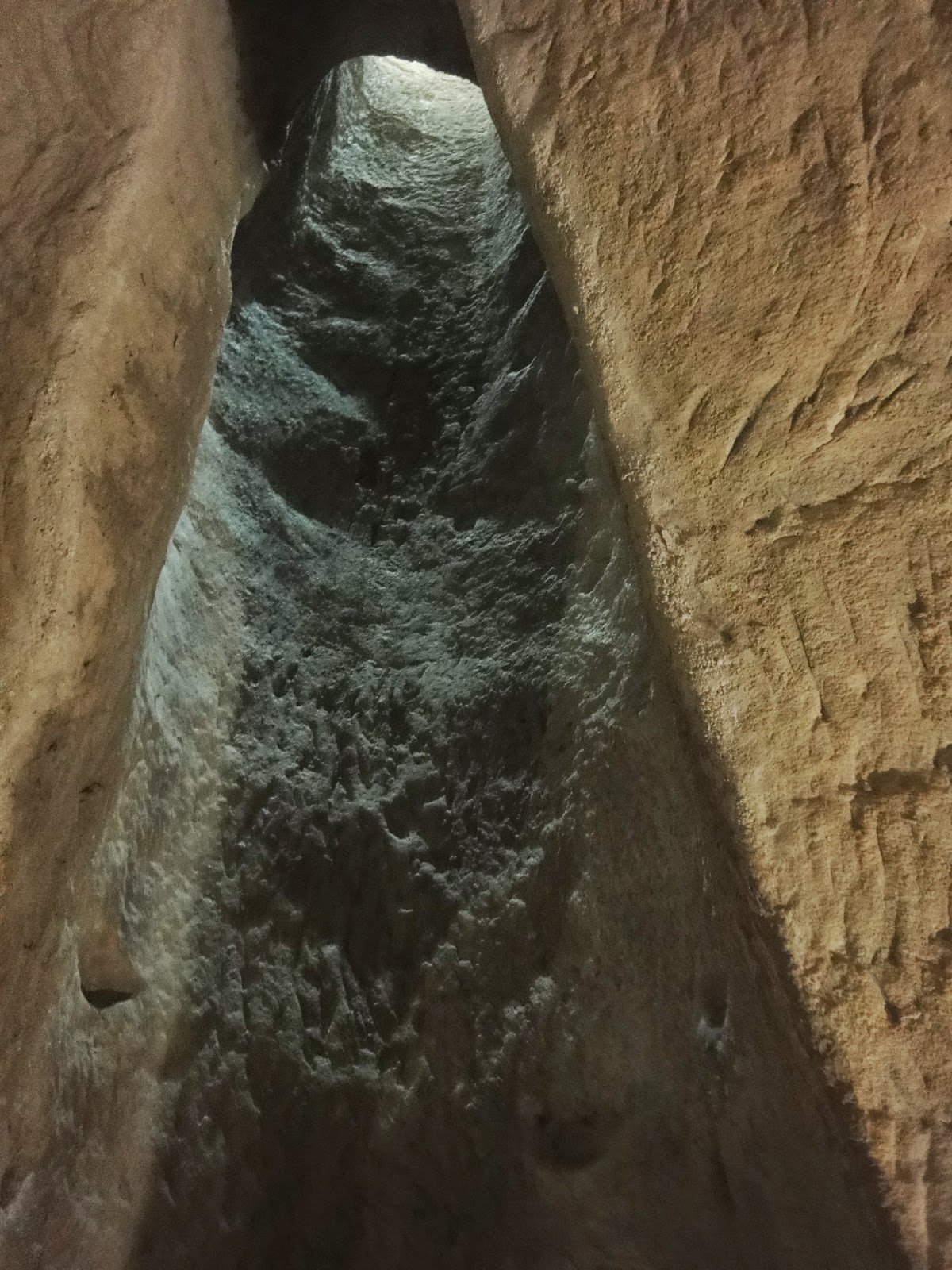 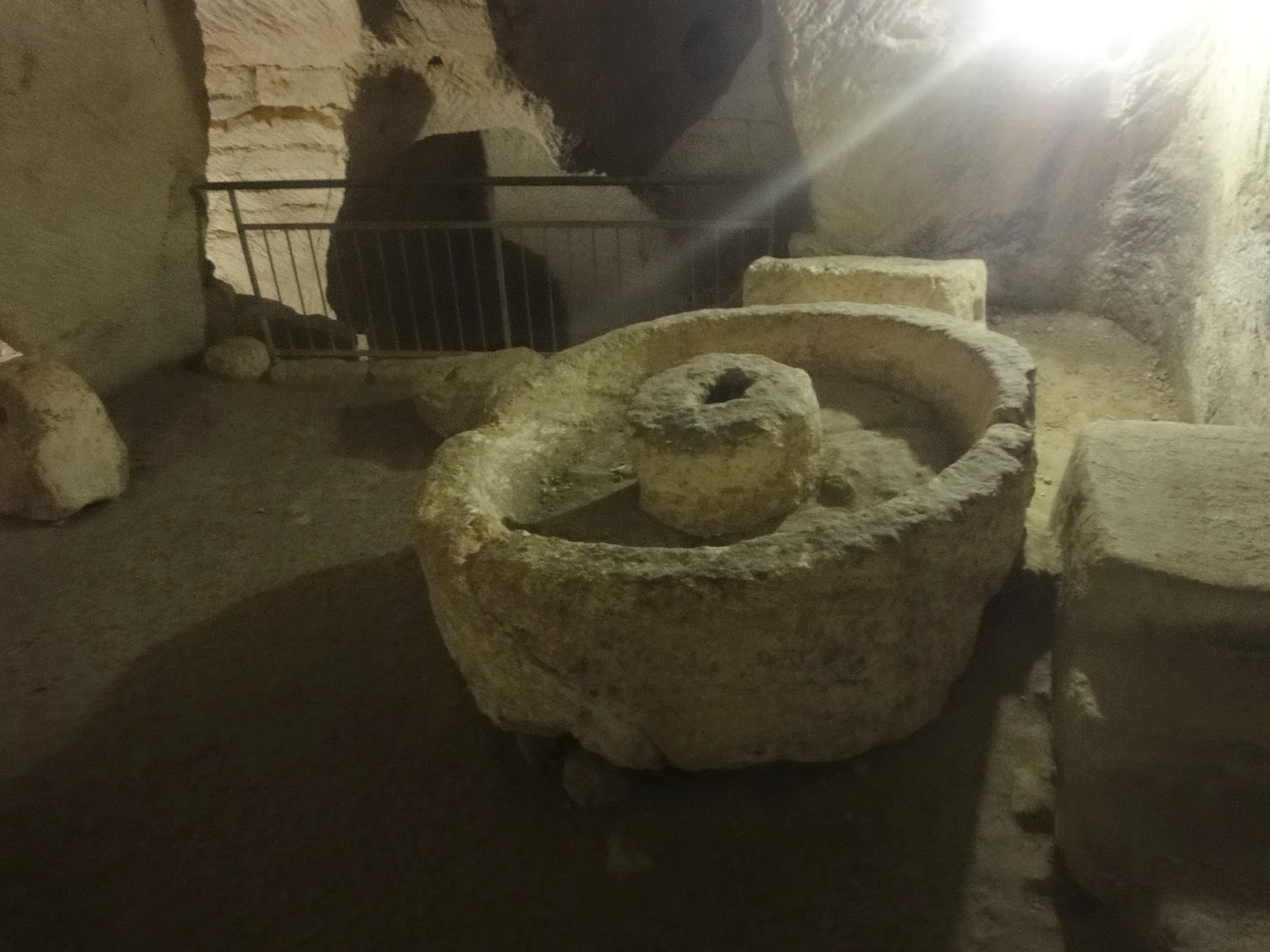 
Entrance to a water cistern located beneath a house.: 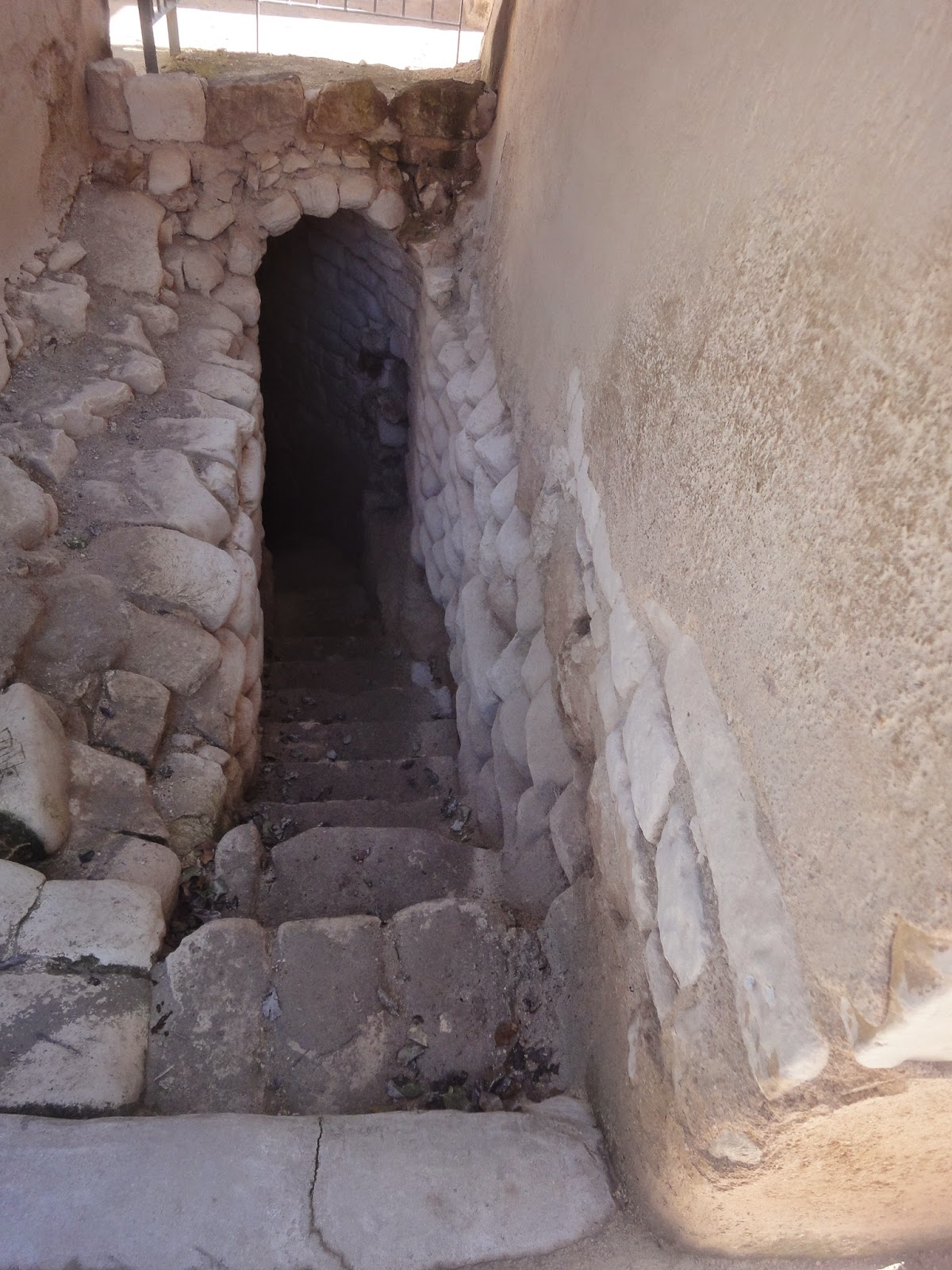 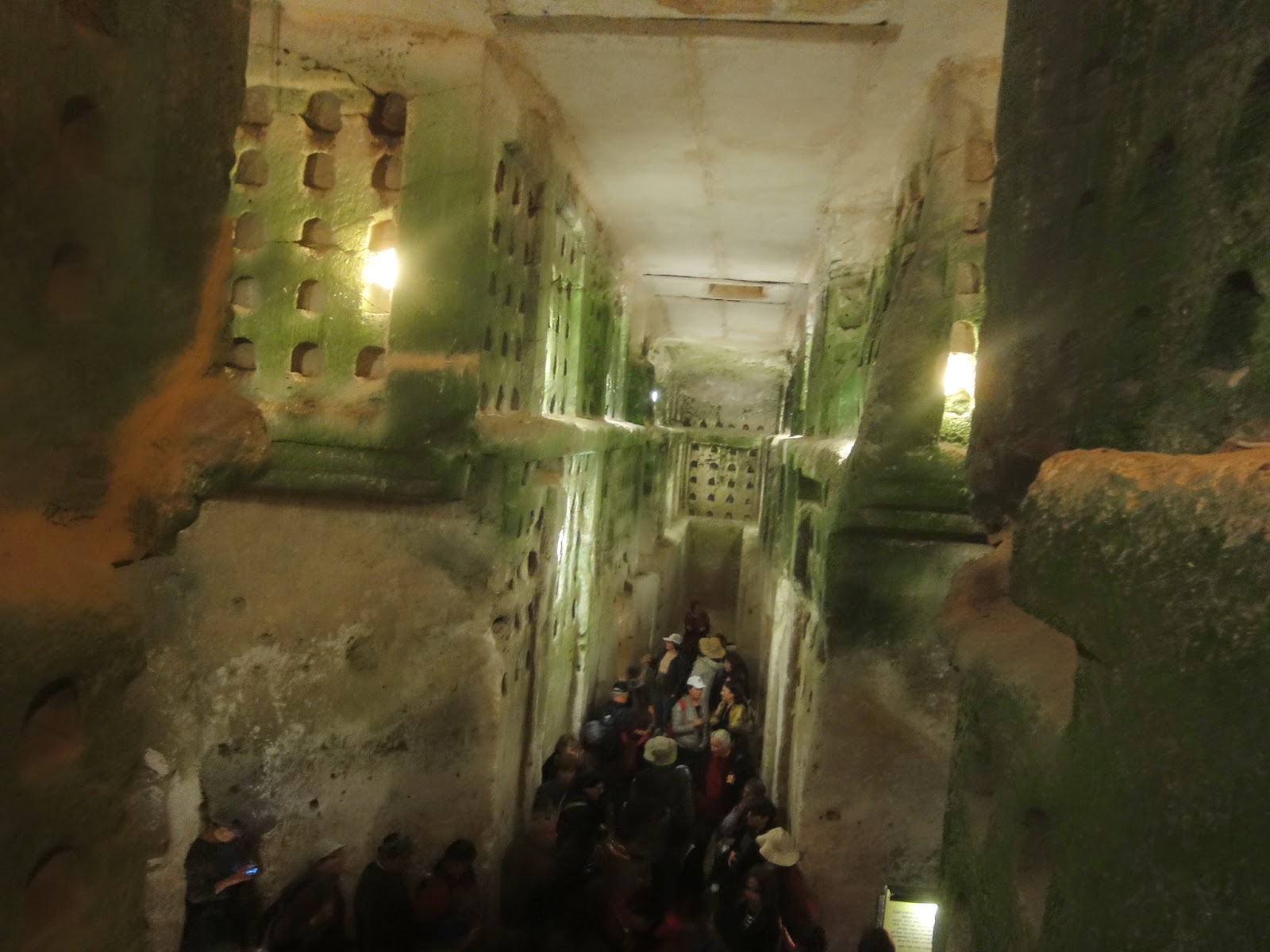 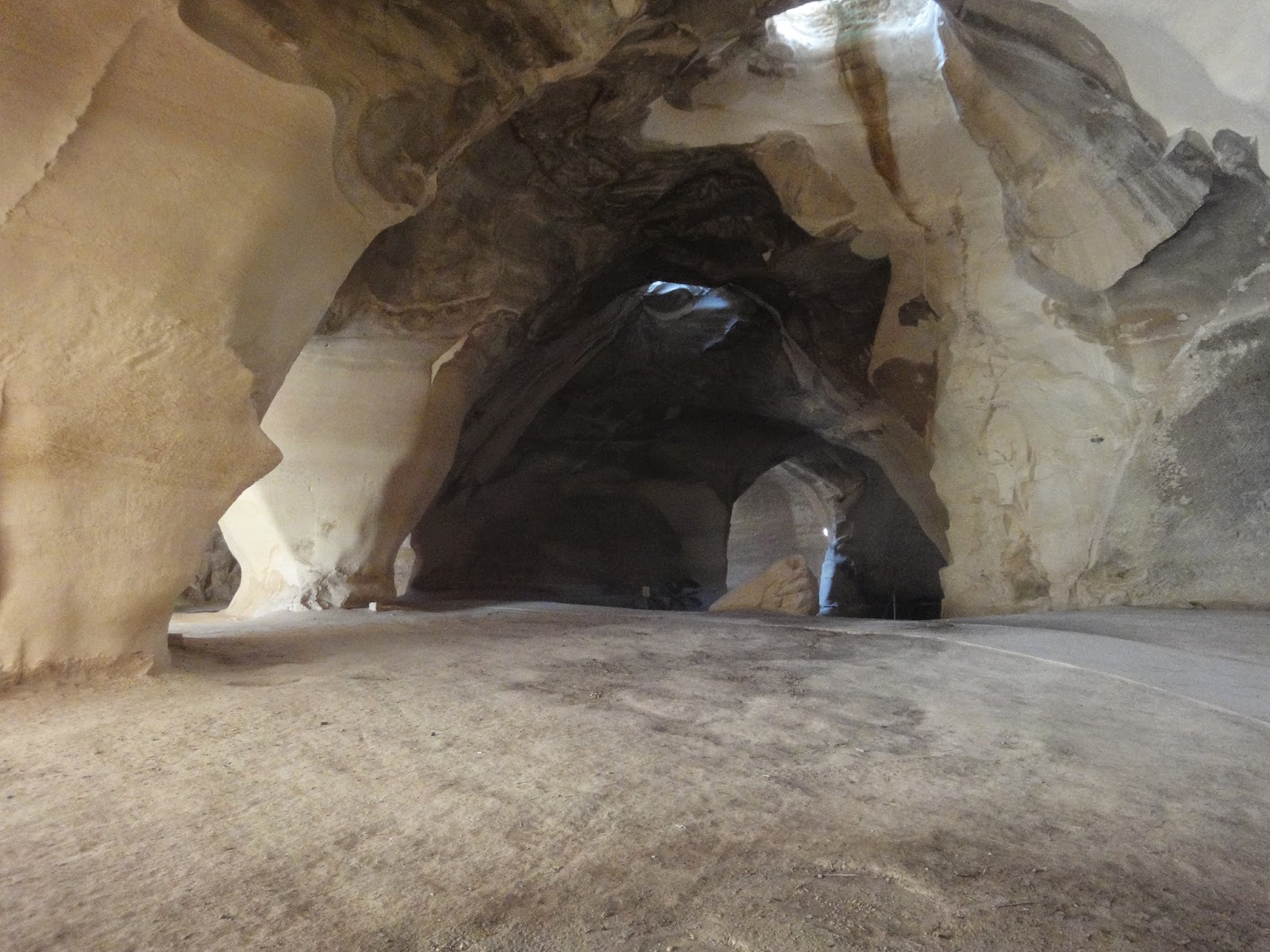 The  most famous site in Beit Guvrein are the Bell Caves.  A small hole was made in the Naari sone above, and then the stone below was quarried out. These caves are from the late Byzantine/ Early Islamic periods. 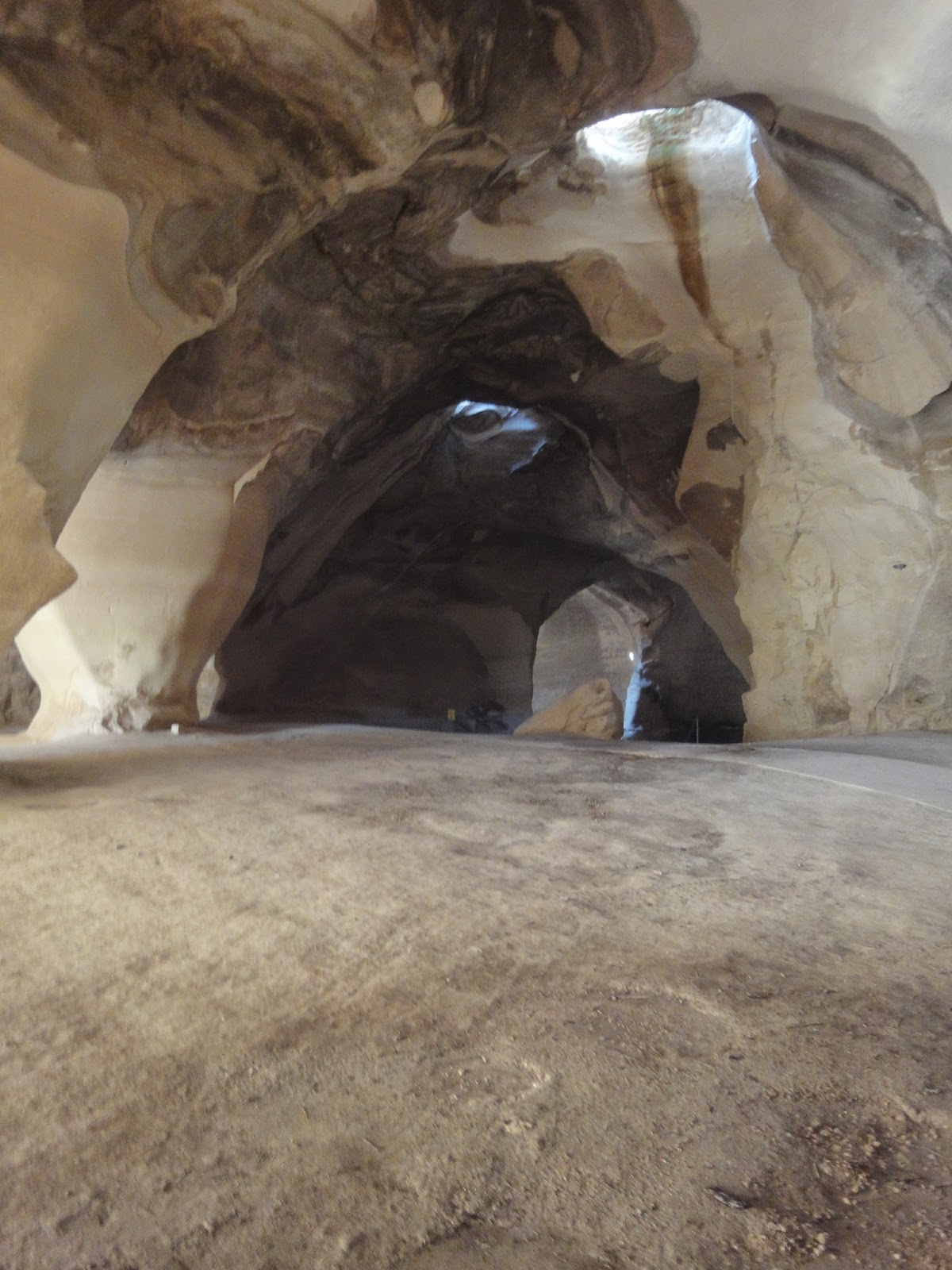 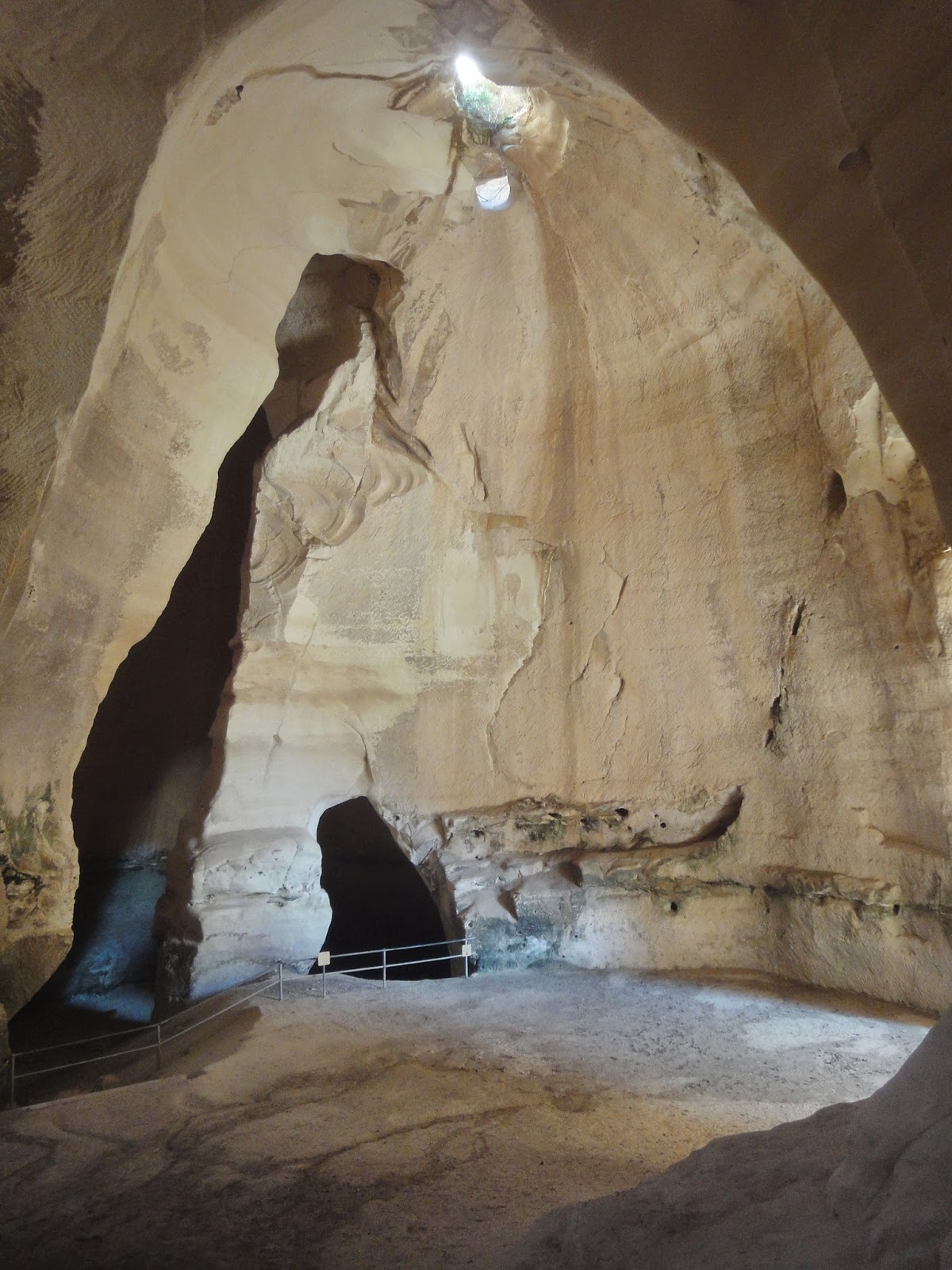 The original entryway to the quarry: 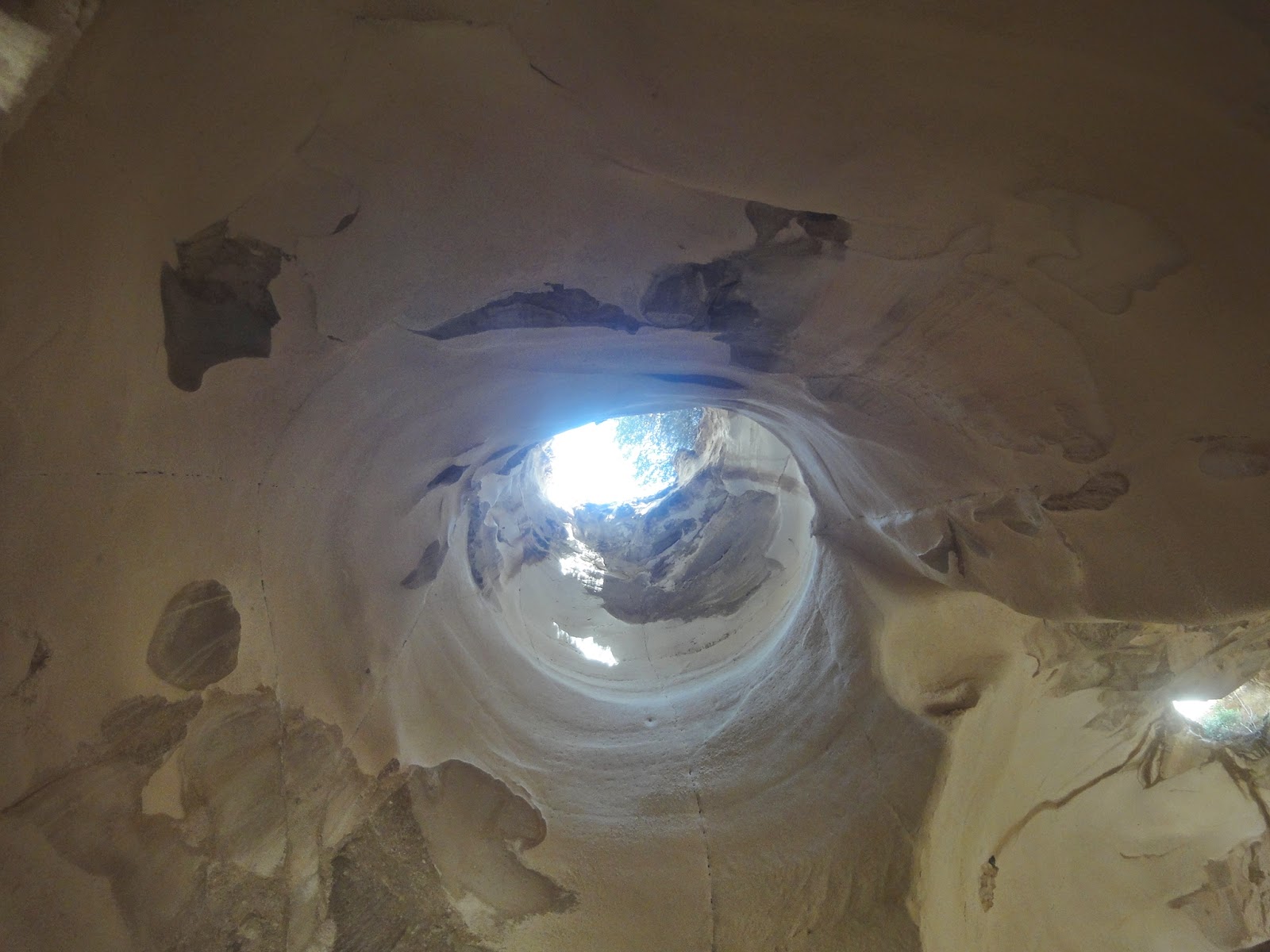 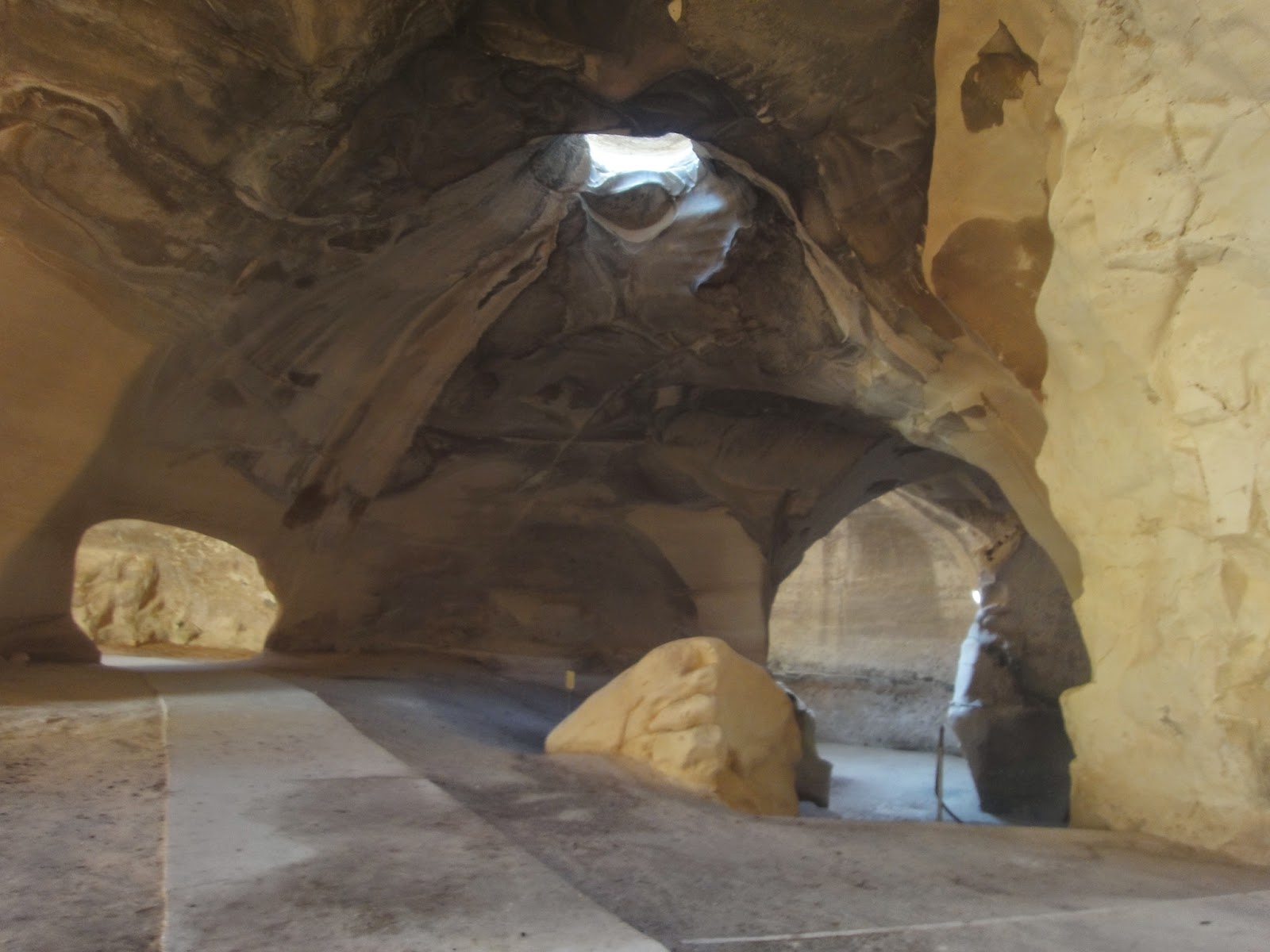 Windy Day at the ocean 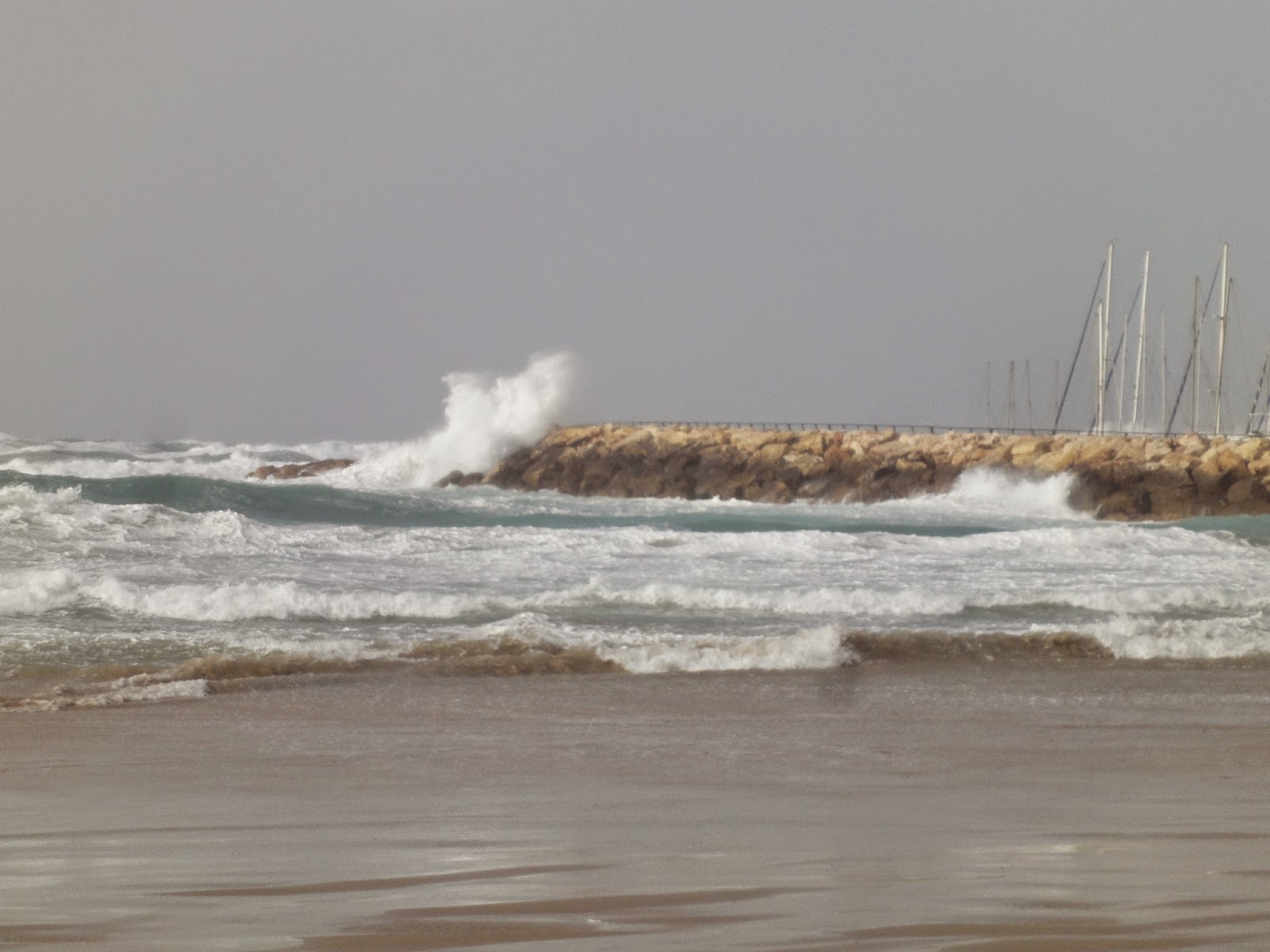 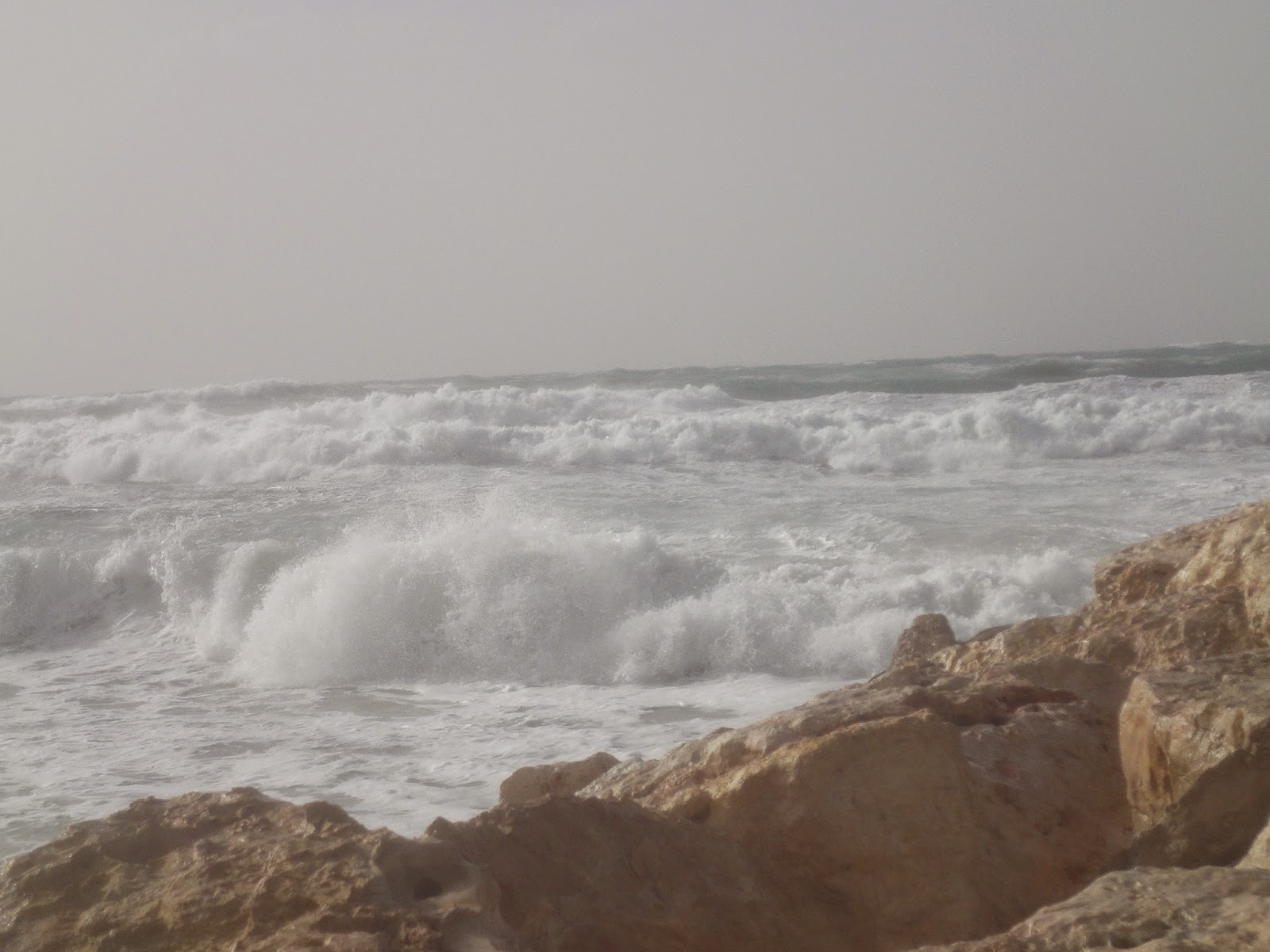 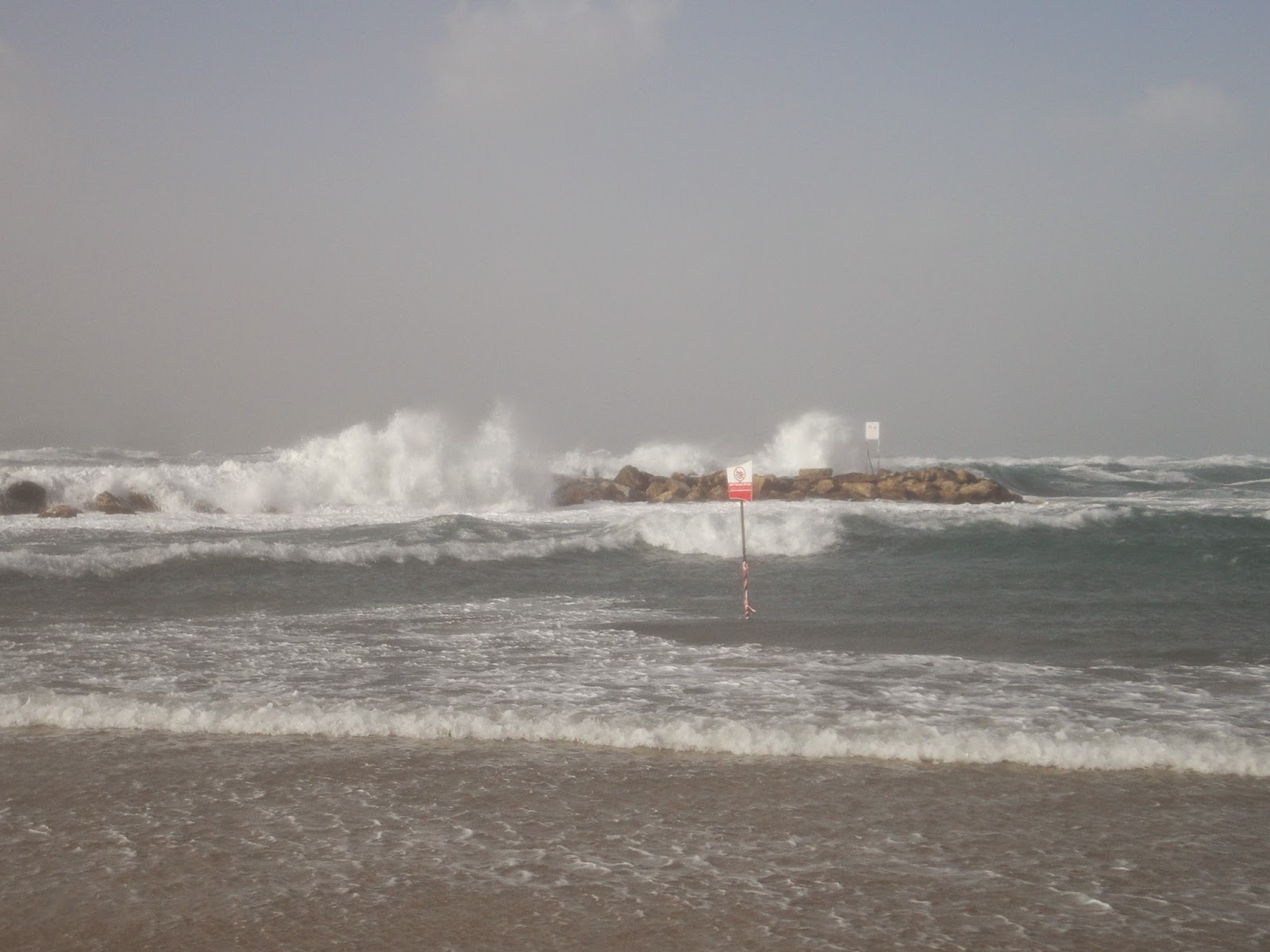 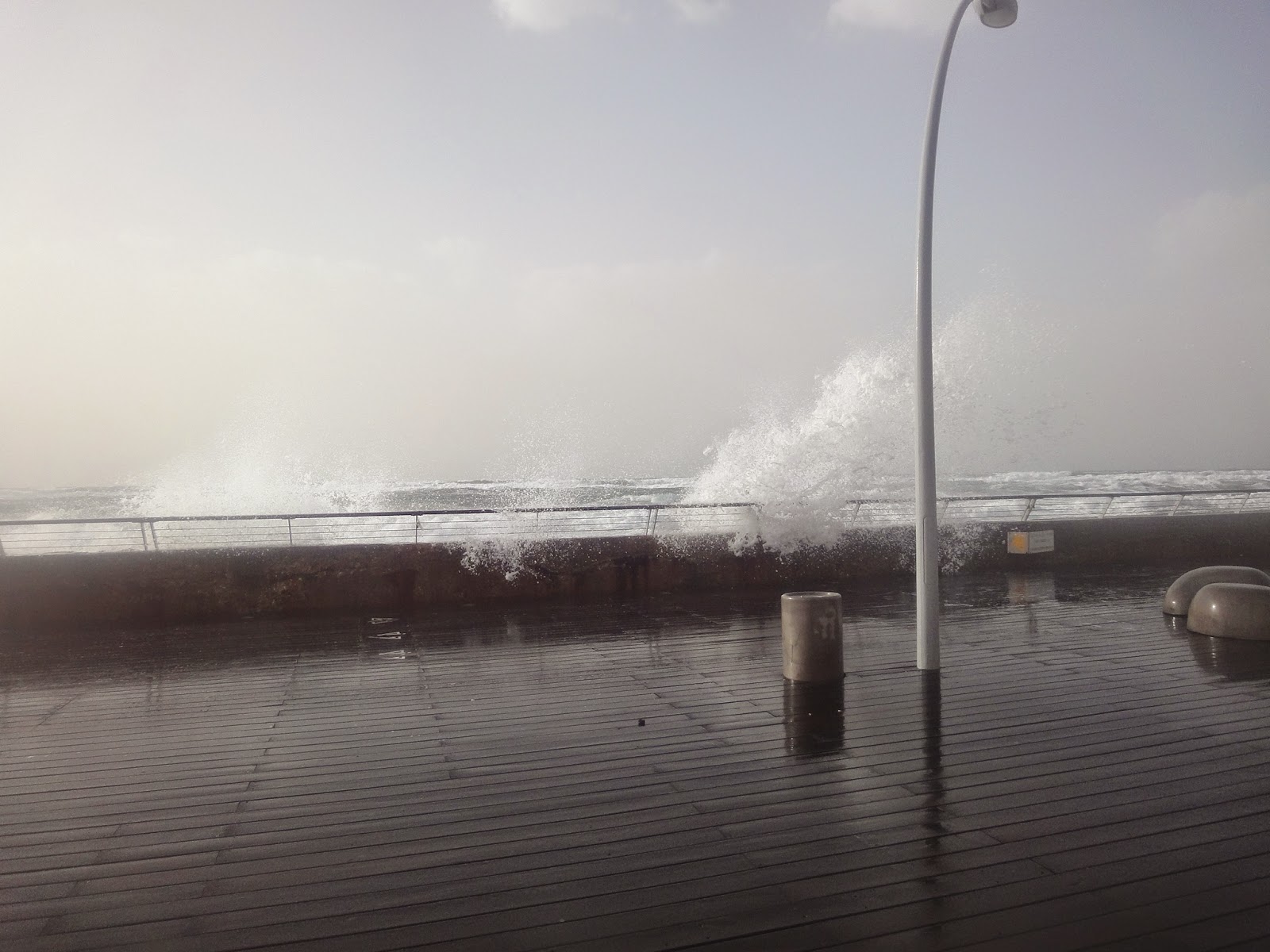 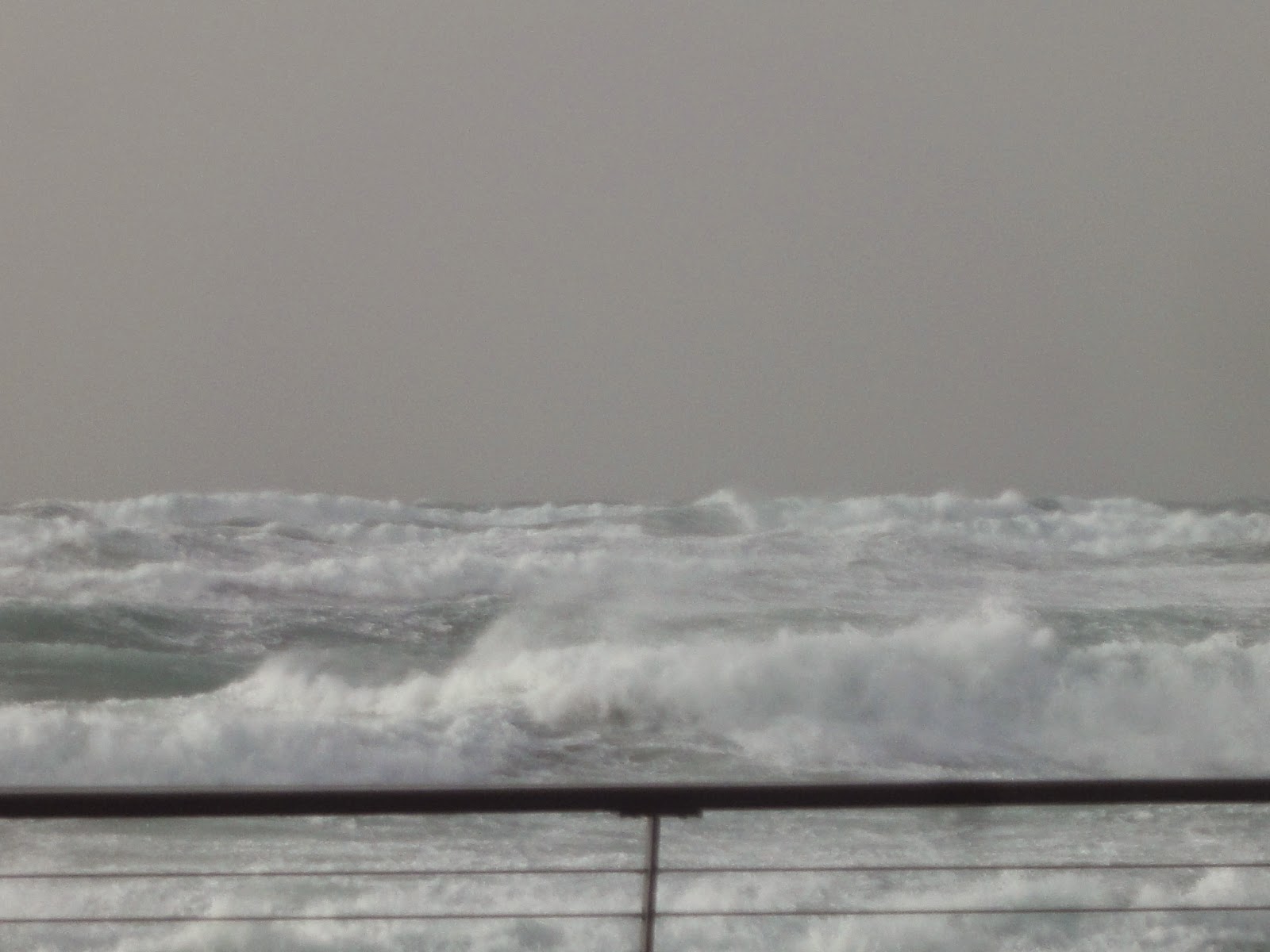 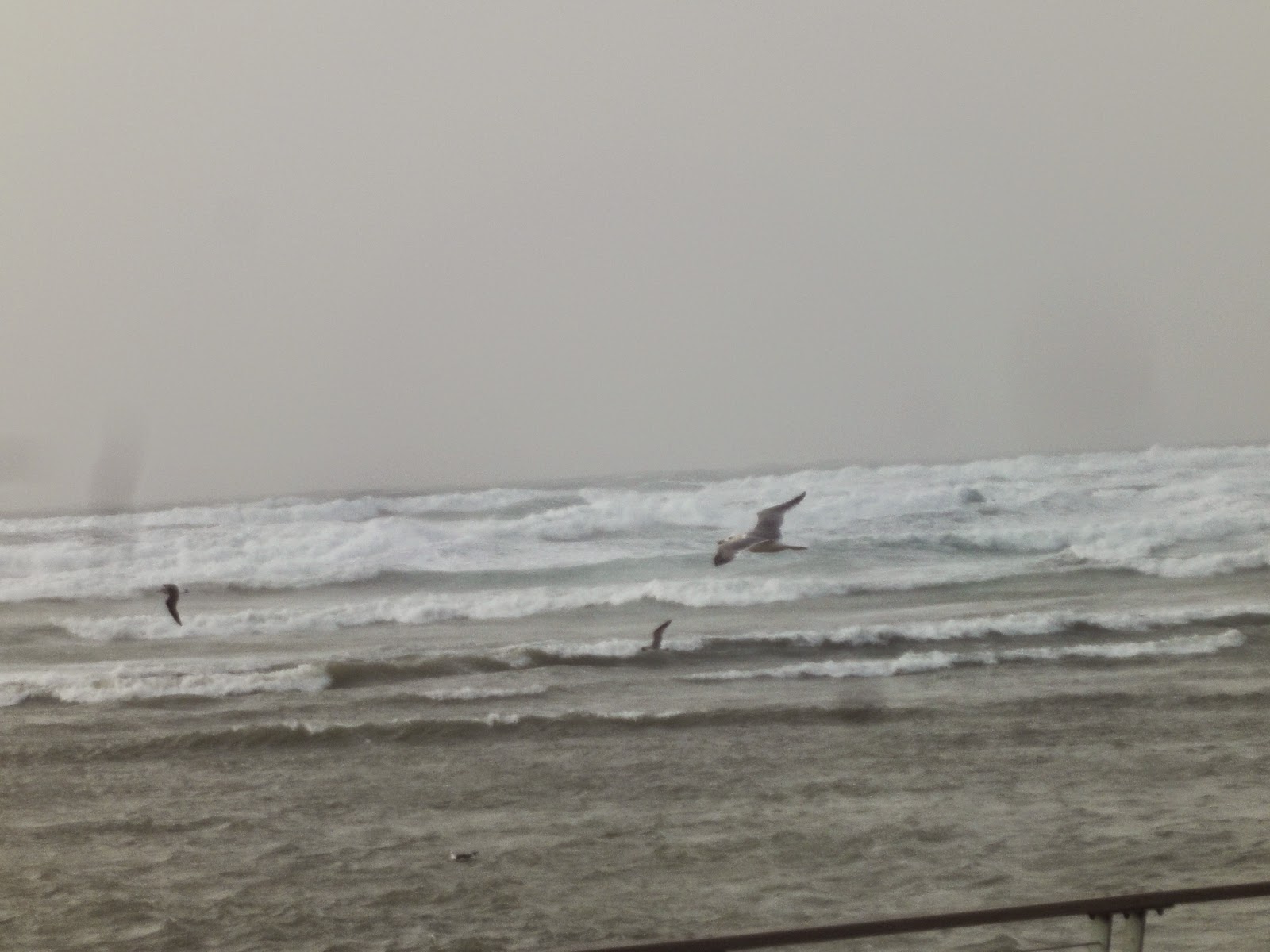 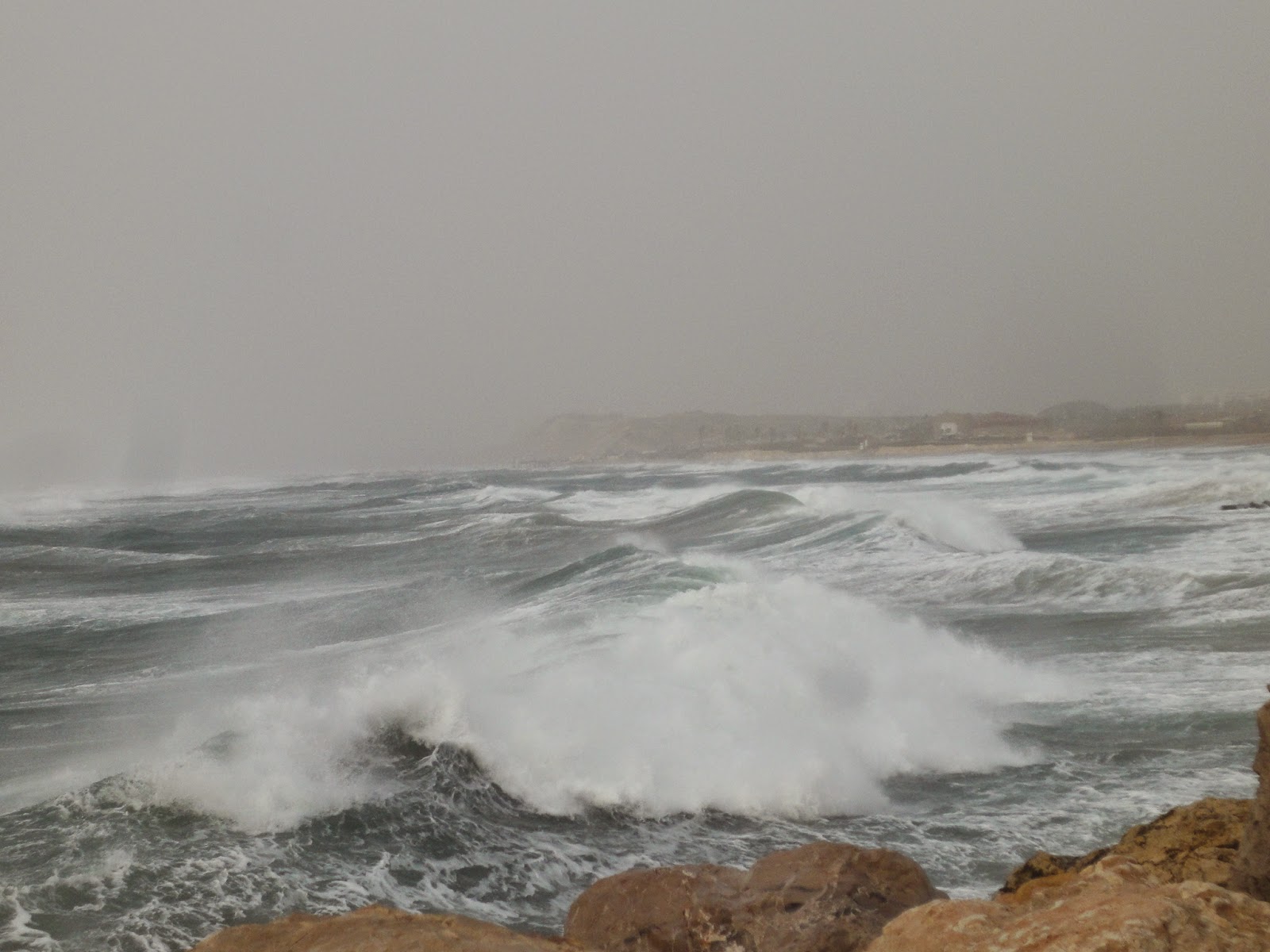