The Arabs have all sorts of excuses for killing/maiming Jews. They are “settlers”, “soldiers”, or “people profaning the Temple Mount”. Another excuse is that they were “enraged” after some type of provocation. This morning they showed their true face.
For those of you who do not live in Israel, let me describe to you where this morning’s terrorist attack took place. Har Nof is a quiet residential neighborhood, NOT in east Jerusalem. The population there is “chareidi”, which means that the occupation of a large percentage of the men is to study G-d’s law.  This is not a community of “settlers” or “soldiers”. [NOT THAT I CONDONE THE KILLING OF SETTLERS AND SOLDIERS; MURDER IS MURDER. I AM JUST MAKING A POINT HERE.]

[image: a street in Har Nof] 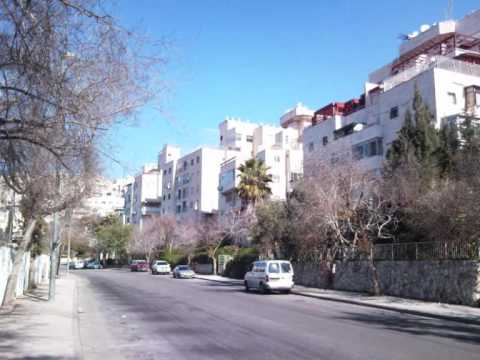 In addition, the terrorists knew what hour to come to the synagogue, and they came well armed. This was not a spontaneous “in the heat of the moment” attack. It was planned in advance, as the Jewish leaders were trying their best to return quiet and calm to the area.
These terrorists entered a house of prayer, attacking unarmed people. People who were praying, amongst other things, for peace.


It is time for the western countries, and the media to wake up and realize that as long as the Arab population continues to incite terror, and educate their children to terror, there will be no end to this. People often dream that if we only give a bit more, peace will materialize. They do not understand that the mentality of our foes is not a Western mindset. They should stop believing the lies, and realize that just as the Arabs have escalated their attacks from the “territories” to a quiet neighborhood in central Jerusalem….. the rest of the world is not immune.

Update: In addition to the four worshipers who died in the attack, the Druse policeman who was the first to arrive on the scene has died. May his family be comforted.
Posted by Rickismom at 9:43 AM 4 comments:

A blog carnival is a round-up of blog posts, sort of an internet magazine.  Haveil Havalim is the most veteran of the Jewish blogger carnivals and probably one of the longest running blog carnivals there is

Haveil Havalim, the international Jewish blog carnival, was established by Soccer Dad,
and was then run by Jack.

Now it is run via the HH facebook page. Anyone interested in contributing to Haveil Havavalim should join the group.

[The term “Haveil Havalim” is from Kohelet, Ecclesiastes, which was written by King Solomon. It means “Vanity of Vanities”.]

I have always been hesitant about hosting “Haveil Havalim”, as I may be asked to give publicity to blogs which I disagree with. Please note that  I DO NOT NECESSARILY AGREE WITH ALL THE BLOGS PRESENTED  HERE!

[By the way, simple gratitude means that if  posts of yours are included here,you should try and visit several of the blogs listed here (at LEAST 2- posts).  And try to leave a note that you came by way of Haveil Havalim.] 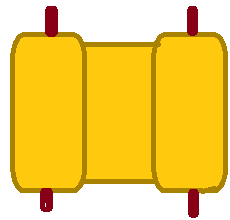 Torah Thoughts:
Ben-Tzion,  of ben-tzion.com, talks about the main topic of this week’s Parsha (Torah reading), Match-making, in “AfternoonMatchmaking”


Politics / Terror
The ever-prolific Batya  (has “ever prolific” become your middle name, Batya??) of Shiloh Musings
and Me-ander is an avid political/security commentator and she gives us a post, with some interesting pictures added, about the security situation on the Temple Mount, written by Batya

Another  post, also from Shiloh Musings, is about the attack at Kafr Kanna.

Ester, of It’s All From HaShem , gives us a post about the murder of Dalia Lemkos h”yd,  but even more, about our response to living under the shadow of terror.

Romi Sussman  (of Sussmans b'Aretz), also shares her reactions after Dalia’s death,  poignantly sharing in Talking about Terror, Tefillin and More about the effort to raise healthy children in a world touched by terror. 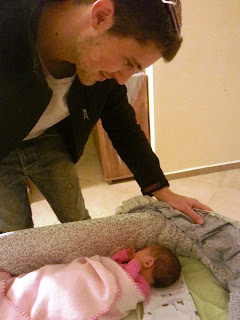 Ruti Mizrachi , in her blog Never Ruthless, gives us a cute post, There's a girl messing with my little boy's head, which I can easily identify with. It is on the interesting things that happen to our grown children (and ourselves!) when those sons become parents.

Batya gives us an account of how several people contributed to a deed of kindness, in “That Chessed חסד Kindness MitzvahBonus”

She also gives us a glimpse of what her transportation difficulties and solutions are in Travel,Tremping and Public Transportation, a "Typical" Day. 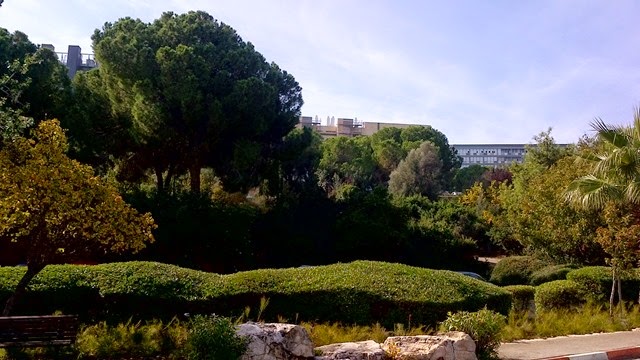 Tzivia, of ALIYAHLAND, tells us of  an unexpected urban oasis in the middle of Haifa,
............ and also talks about naming Jewish babies!

Rickismom (that’s me) writes about how dieting need not be a prison, in “Dancing and Diet”.

And to end on a definitely light note,  any beer lovers here should enjoy Doug Greener’s ( Israel Brews and Views)  tale of his experience with a  Porter BeerTasting Panel

That’s it for this edition!

Heidi Estrin of the Association of Jewish Libraries asked me to include the link to this, the guidelines for submittingto the Jewish Book Carnival.

Next week’s Haveil Havalim will be presented by the ever-dependable Batya of ShilohMusings.

sharing a link with you: , on use of the R-word.


I've always said that as each derogatory word gets " outlawed", the new term eventually gets a new connotation, and also gets used to stereotype and insult. The problem is the underlying attitude to those we feel are "beneath " ourselves. ..... However, as it turns out, "intellectual disability" is such a cumbersome long word, it just doesn't get used as slang or an insult, and that is definitely the way to go.